Many diseases related to the impairment of the central nervous system have issues with the timing and accuracy of diagnosis. For example, mild cognitive impairment and Alzheimer’s is usually already progressed when the patient and the people around them recognize it. There are also problems with diagnosing depression as the fact that different doctors diagnose it differently.

Because Winterlight offers the capability to detect those diseases within a few mins, with high accuracy, and at low cost, it can make the early detection much easier and thus makes it possible for patients to receive more effective treatments before it becomes too late.

In the past, the importance of early detection was overlooked as there was no effective drug for mild cognitive impairment, but as the research and development of new drugs and medications are rapidly advancing, it is likely to be reconsidered. Because of those movements in the market, we hope that Winterlight’s solutions will be used widely to diagnose mild cognitive impairment and Alzheimer’s diseases at a global scale.

Winterlight is already working with five of the top ten pharmaceutical companies for several central nervous system diseases, and we expect to see further growth in the future. 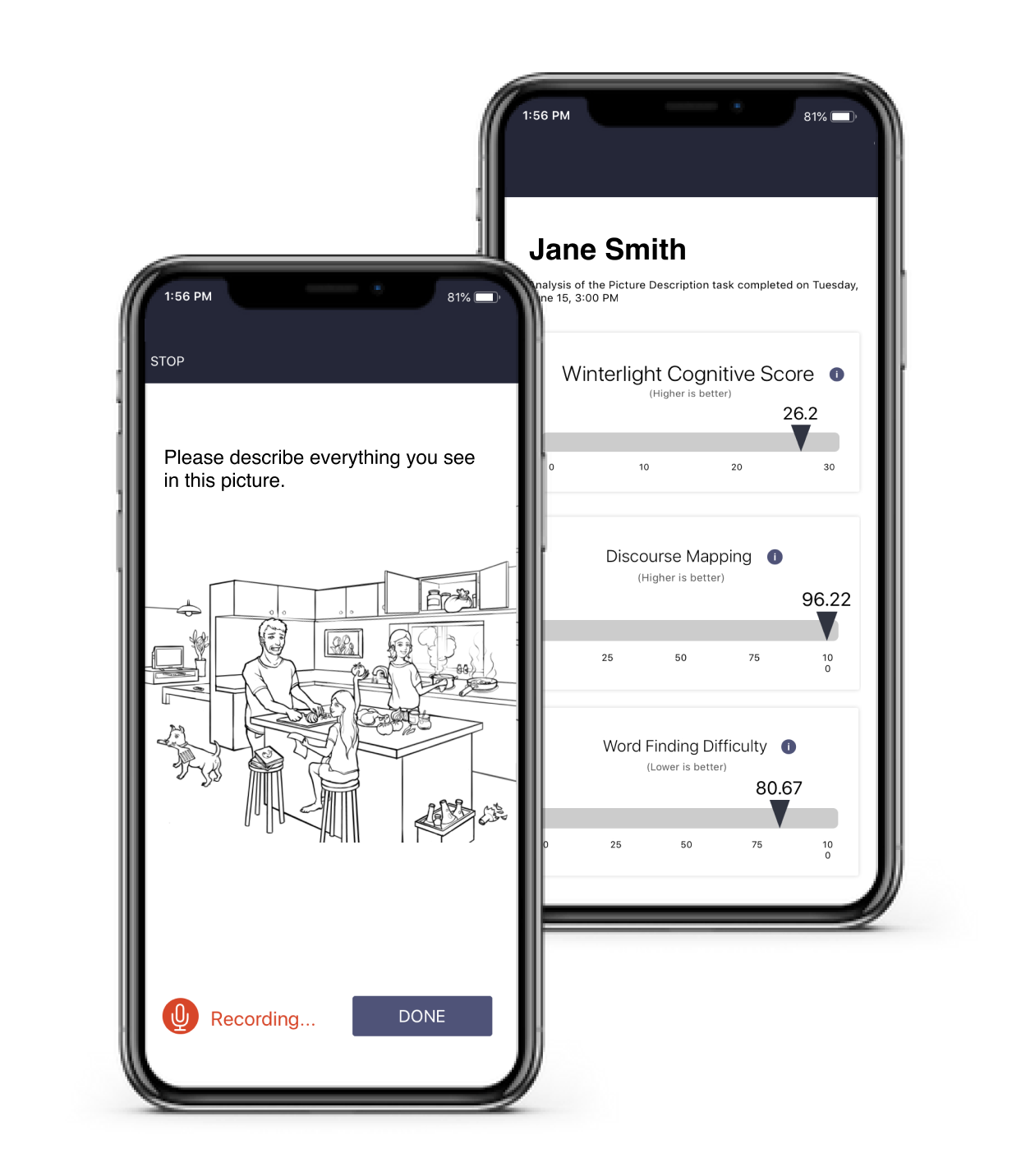